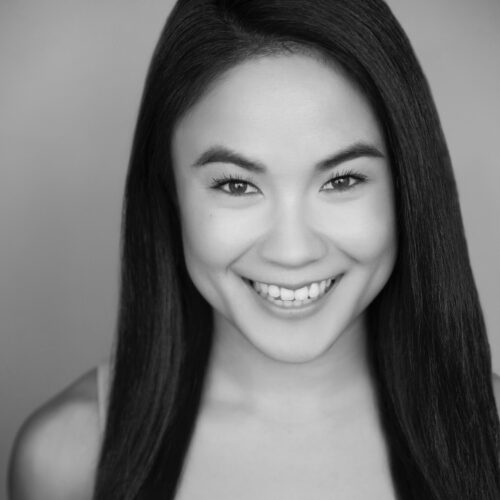 Michaela Holland is an Emmy, Webby, and Sheffield Doc/Fest award-winning storyteller. She is a creative director, producer, and project manager, who combines experimental content with traditional mediums. Her work has been featured by TIME, Forbes, The Guardian, and more.

Not only does she strive to be a part of purpose-driven projects that vocalize and educate about diversity in storytelling, but she also works in tandem with decision-makers, committees, and boards of directors that financially support, mentor, and create opportunities for those of all backgrounds. In short, she works for the impact of the projects to move beyond the project itself.

She has been invaluable within these spaces to raise awareness concerning but not limited to: privilege, neurodivergent, differing physical abilities, ethnicities, sexual identifications, and age.

Recently, she produced and co-created a 2020 virtual reality project named, Lutaw, which was nominated for the Positron Visionary Award at Cannes XR and is a finalist in the International VR Awards in the category of VR Film of the Year.

Her previous employment with the Walt Disney Company sparked her interest in building worlds, and her central vision is to find the perfect marriage between the integrity of the narrative and a guest’s interaction with emerging technology.

Michaela’s work has been vital to projects that include but are not limited to: Emmy award-winning VR documentary, Capturing Everest, Education Above All’s AR Map activation, and TIME’s 360° Livestream of the Great American Solar Eclipse, which garnered over 5 million views on Facebook and Youtube. ⠀⠀⠀⠀⠀⠀⠀⠀⠀⠀⠀⠀⠀⠀⠀⠀⠀⠀⠀⠀⠀

Her breakthrough documentary project titled FACE TO FACE was a three-act installation that allowed the audience an intimate look at gun injury and human resilience. FACE TO FACE made its world premiere at Sheffield Doc/Fest 2018 where it was awarded the Alternate Realities: Virtual Reality Award and described by The Guardian as gut-wrenching, visceral, and heartbreaking.

She has a clear pulse on the trends within the various immersive and interactive industries. She works in both creative strategy and production with a focus on experiential and socially-impactful projects, having worked with companies like, Governor’s Island, Museum of Ice Cream, Royal Caribbean, National Geographic, and many more.

Currently, she is the Co-Chair of the Board of Directors for Kaleidoscope’s Activism Lens Grant, which awards a monthly cash prize to documentary projects that capture injustices in “real-time.”